Of Loaves and Fishes 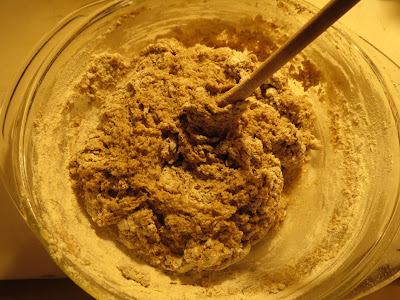 It was Sunday, December 6.

Sunday again. Bread day. I decided on a light rye, more unbleached white flour than rye but a full three cups of rye and then molasses in place of sugar for an extra kick. But you’ve seen my bread before, and I had posted to this blog only Sunday morning, so I wasn’t feeling pressed to put anything new together right away. Instead, resting on my (scanty) laurels seemed in order.

Moving as usual between one kitchen project and another, however, I could not resist photographing the beautiful lake trout my friend Susan had urged upon me. She had more than enough, she said, and needed space in her freezer for other things. Look at this fish! Would you have to be asked twice to accept it? And then, of course, I realized that I had, coincidentally on the first evening of Hannukah, a very Biblical kitchen conjunction of foodstuffs, loaves and fishes. The beginning of the holiday and the unplanned Biblical theme in my kitchen sent me to the shelves to pull out a book. 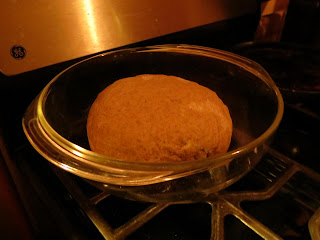 How do you use cookbooks (if at all)? I have some that are my everyday, pedestrian, basic, go-to reference works, such as Cooking for American Homemakers, first published by the Culinary Arts Institute in 1950; The Joy of Cooking; and the Fannie Farmer Cookbook. 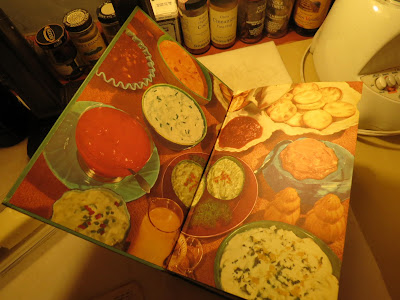 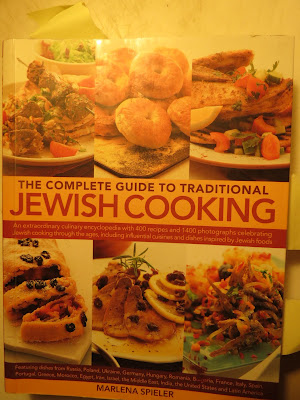 And then I have my Paris kitchen daydreaming-and-looking-for-inspiration cookbooks. The Frugal Gourmet on Our Immigrant Ancestors, by Jeff Smith, is one of my favorites in the latter category, the best American cookbook I know for Ethiopian recipes, as well as other surprising national, regional, and ethnic dishes from around the world, along with (gift from friends) The Philosopher’s Kitchen: Recipes from Ancient Greece and Rome for the Modern Cook, by Francine Segan. Yet another is The Complete Guide to Traditional Jewish Cooking, by Marlena Spieler, with recipes from practically every country in the world where Jews have ever lived. Spieler begins the section on bread with these introductory sentences:

At the Jewish table, a meal begins with a blessing over the bread. Bread is one of the most basic foods in the Jewish diet.

Oh, the beautiful breads! How long has it been since I made bagels? And here are recipes for kesra from Morocco, Middle Eastern lavash, pitas and flat breads, Russian potato bread, and Moroccan seed bread. Stollen – that I have made but not for many, many years. Ditto for breadsticks. A world of bread is reaching its arms toward me yearningly! -- No, no! Another time! Tonight only rye bread is on my agenda!

Meanwhile, I decide to improvise with the lake trout in an attempt to please both David and myself. To please myself, I will bake it in the oven, and for him I will devise a light breading involving Parmesan cheese, first dredging the trout in beaten egg, then coating with a mixture of flour, cornmeal and Parmesan. David thinks everything is improved by the addition of Parmesan cheese; to him, its place on the table is as basic as the presence of salt. 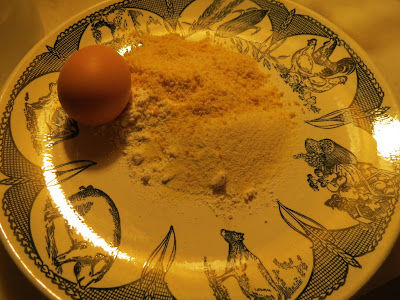 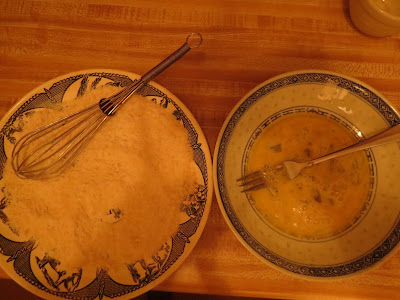 Bread dough rising, lake trout popped into the oven, it’s time to saute up some diced onions and mushrooms in butter and olive oil to serve as garnish for the main dish. (Capers and shallots would be good, but those got used up at Thanksgiving and are not yet replaced.) A few tossed greens on the dinner plates for salad. As to a side dish, there’s no space or time (see previous post addressing constraints) to do anything else on the stove or in the oven, so acorn squash, halved and dotted with butter and brown sugar, goes into the microwave. Was it enough? More than. 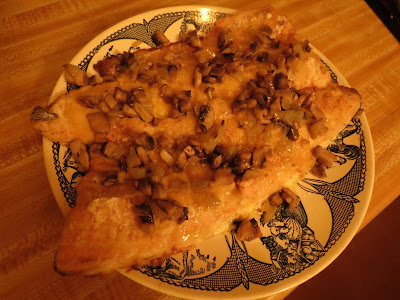 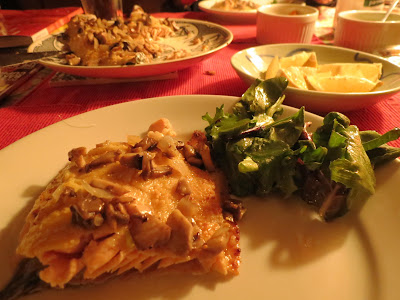 Although a Pisces, David does not carefully distinguish, as would a Frenchman, among a wide variety of fresh- and saltwater fish. They are all “fish” to him and not usually his first choice if there’s “meat” instead. But this lake trout? Caught in our own Lake Michigan and prepared, if I do say so, to perfection? Well, it raised the bar when David pronounced it “the best fish I ever ate.”

If the rye bread has half as enthusiastic a reception, I thought as I watched the clock and kept my nose tuned to aromas from the oven, it will have been a very satisfying and productive day in the kitchen.

Good bread should have a fairly crisp crust and a soft interior, generally with irregular, slightly glazed holes. Almost no bread should be served hot, and rye bread – the loaf – is best when slightly stale. ... Cool, sweet butter is the best accompaniment. – James and Kay Salter, Life Is Meals: A Food Lover’s Book of Days 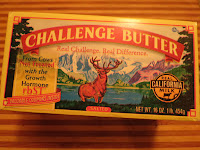 Postscript: The bread surpassed my hopes and was everything I dreamed it would be. That doesn't always happen, but it's awfully satisfying when it does. 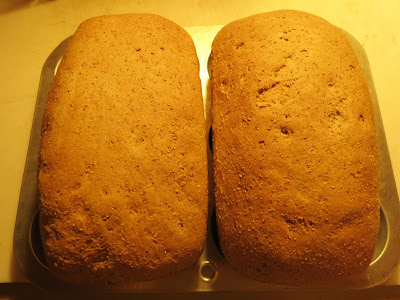 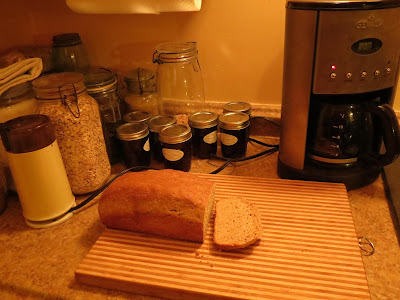